Are you paying attention to what’s happening in the world (global trends) around us?

If you watched the State of the Union address the other night, I think it’s apparent that it was a clown show and that we’re currently in a leaderless country.

Actually, calling it a clown show would be a travesty to actual clowns in the circus.

Given pretend president Joe Biden’s basement-dwelling poll numbers, the Democrats decided the only way to get through the State of the Union 2022 would be to give Biden a standing ovation every time he said anything, and that’s exactly what they did.

America does not appear in Bible prophecy and that’s because our country is actually being run by a shadowy secret NWO. 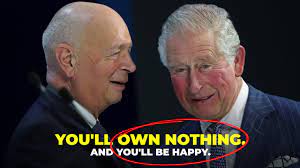 I don’t want to rain on your America 2022 comeback parade,

But I also don’t want you to be like the woman riding the Beast either.

~90% of the things I post are based off what the Bible says. (10% conspiracy type info)

The Bible clearly says things (overall) will get worse and worse!! (this is regardless of who will end up in office).