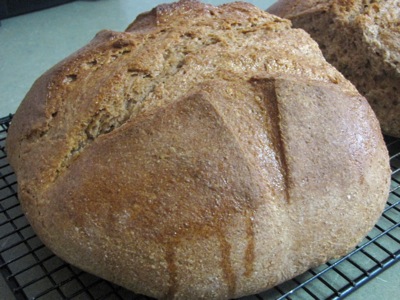 In the world of instant gratification, most of us get disappointed when results aren’t immediately apparent.

But you have to view The Kingdom, like a starter batch, or “yeast” that is put into bread;

It starts small, but over time it activates the flour, which grows big like leavened bread.

It starts hidden, but over time it is revealed.

It’s a powerful non-stopping agent, permeating wherever you go.

It doesn’t matter if you’re the only one, don’t be discouraged, don’t give up.

One day you’ll see the kingdom come like never before. 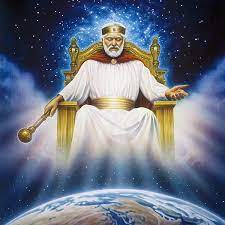 To piggyback off this post I wrote in the summer,

I want to talk about,

This is a doctrine that gets confused by both believers and non-believers alike, for example, people saying

“We’re building the Kingdom of God on earth!!!” is doctrinally wrong.

Being crystal clear on the differences will help tremendously in dividing the word and making sense of seemingly “contradictory” verses throughout the Bible.

So, what is the difference?

whileThe Kingdom of Heaven is Physical

The Kingdom of God is essentially the IMAGE OF GOD

. It’s the Holy Spirit that resides WITHIN US through the SALVATION of Jesus.

The Kingdom of Heaven, on the other hand, involves ruling, having dominion/power over the PHYSICAL

In terms of DOCTRINE, you can sayThe Kingdom of God is for the CHRISTIANS

(Bible verses involving being saved by grace through faith alone), andThe Kingdom of Heaven is for the JEWS

Now let’s put this all together in a timeline

1. ADAM (KH+KG). Had both the Kingdom of heaven (KH) as well as Kingdom of God (KG). You can say that God allowed Adam to rule the earthly realm. Adam was also made in the image of God. (Genesis 1)

3. Corruption of the earth (KH). Because of man’s corruption, the earth is therefore corrupt. God therefore wipes everything off the earth with a giant FLOOD. (Genesis 6)

4. Noah (KH). Could Noah and his inhabitants keep it going? No. They were corrupt as well. (Genesis 9) Thus we get,

5. The Tower of Babel (KH). The people choose evil and corruption over God. God has no choice but to scatter them and pass on his KH over to a NATION. (Genesis 11)

6. Abraham (KH). Abraham is the father of the Jews, the nation of ISRAEL. Israel is attacked by different enemies so Israel cries for help. God sends JUDGES to deliver them. After deliverance, Israel goes back to their evil ways. Enemies attack again. Israel repents. Repeat this cycle over and over. (Judges 2)

9. SATAN / Time of the Gentiles (KH). God has to give up his KH to Satan, who rules the earth and gains power.

From the beginning of Genesis til today (2/2/2022), this doctrine still applies.