During the tribulation, Satan will be trying to steal your soul.

I want to support this further by illustrating

“Satan’s repeating pattern,” or what he does over and over throughout history, which is:

Repeating Pattern = Conjuring and intermingling with the “sons of god” or Demons (Genesis 6)When we look at biblical history this is pretty evident:

–The Serpent beguiled Eve (Genesis 3)
–Fallen angels (Genesis 6)
–Giants (Nephilim) as a result of intermingling with the Fallen angels (Ham’s Lineage) (Genesis 6:4)
–Sodom and Gomorrah (Genesis 19)And for this post,The Tower of Babel (Genesis 11)Now what were these people trying to accomplish building a tower so HIGH?

They, again, were trying to reach the HEAVENS. Why?
If we study the bible carefully, it describes 3 heavens;
First heaven= above earth/land (cloud area)
Second heaven= the firmament (aka outer-darkness or outer-space)
Third heaven= beyond the firmament where God and angels dwellThese people, equipped with “special knowledge” were “on a mission,” to reach a portal / door in the first heaven (as it was understood that the 1st and 3rd heavens were connected. (Revelation 4:1)Side Note: Some theorize there’s a connection here with “Black Holes”).

When I got round to reading the bible, babel was a matter that bothered me because everyone that told the story secondhand gave this as the reason god punished these peopleAt the top of the Tower of Babel, Beautiful women were there to seduce these fallen angels to come down from heaven. These fallen angels / sons of god would then come down and “intermingle with them” aka temple prostitution (Colossians 2:18, Judges 19:24, Deut 22:24,25. Jude 1:6-7, 1 Cor 11)
“Even as Sodom and Gomorrha, and the cities about them in like manner, giving themselves over to fornication, and going after strange flesh, are set forth for an example, suffering the vengeance of eternal fire.” Jude 1:6-7

The less charitable (and more likely explanation imo) was that he realized he was unnecessary and that humans could collectively rival his power unless he intervened.

I didn’t ask you to repeat what apologists say. I asked you to prove it.

star” as two independent phenomena, and thus is even more wrong..These people @ The Tower of Babel had forgotten about God, and created their own gods and setup a system of idolatry. “Sun god” worship originally started from Nimrod (Noah’s great grandson, Genesis 10) while setting up his Babylonian Kingdom.

But this shouldn’t come to surprise to us,

As humans always had this demonic infatuation to conjure demons:

–Praying to dead spirits (“saints”), attributing Jupiter with Peter, Venus with Mary, which is actually Nimrod/Samiramis !!!

–Lost atheists/secular people/scientists/NASA/Evolutionists; “We gotta find alien life out there!!!”

During the tribulation it will be no different. Like the Tower of Babel, the “False Prophet” will manipulate the world into worshipping the false image of the anti-Christ thus ONE-WORLD-RELIGION. (Isa 9. Rev 12:3-4,9. Rev. 13)

3 And there appeared another wonder in heaven; and behold a great red dragon, having seven heads and ten horns, and seven crowns upon his heads. 4 And his tail drew the third part of the stars of heaven, and did cast them to the earth: and the dragon stood before the woman which was ready to be delivered, for to devour her child as soon as it was born. Rev. 12:3-4Dragon= Satan
Heads of Dragon= Anti-Christ
Tail= False Prophet
Third part of stars of Heaven = Devils (demons)Science will finally merge with religion via One-World-Religion during the Tribulation

It’s simply the Tower of Babel all over again

And in the end,

If you think you can “punk God,” you are greatly mistaken.

scholars appear to agree this wasn’t the reason.

Your response seems to lean on very liberal interpretation

Dr. Peter S Ruckman. Bible-believing Baptist are actually one of the most literal (scripturally) of all denominations.

Trying to “interpret” the bible in a million different ways is a heresy. 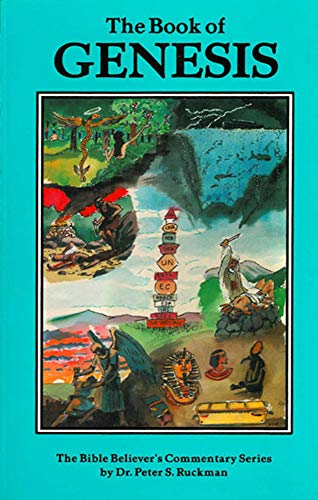 The less charitable (and more likely explanation imo) was that he realized he was unnecessary and that humans could collectively rival his power unless he intervened.

This is incorrect. In Genesis 11, God stopped them bc he knew people weren’t going to stop from fulfilling Genesis 6 all over again.5 And God saw that the wickedness of man was great in the earth, and that every imagination of the thoughts of his heart was only evil continually. Genesis 6:57 Go to, let us go down, and there confound their language, that they may not understand one another’s speech. 8 So the Lord scattered them abroad from thence upon the face of all the earth: and they left off to build the city. 9 Therefore is the name of it called Babel; because the Lord did there confound the language of all the earth: and from thence did the Lord scatter them abroad upon the face of all the earth. Genesis 11:7-9

It’s like ur younger sibling trying to beat you in a game of basketball.

You see that he’s delusional, and he trash talks all day long. And he won’t ever stop. So you teach him a lesson.

Back in Noah’s day, God responded with destruction if something like this was happening

Stop editing your posts to respond to posts after yours

if you have a genuine question (and aren’t rude about it), I’ll comment.

if you make a comment on something inaccurate or wrong, I’ll comment if I think it’ll be helpful for future reference.

if u make a comment that’s just plain dumb (or a waste of time / trolling), i’ll probably not respond

I’d say ~90% of the time, these “questions” are usually just attacks / snarky comments disguised as “questions” These “logical debates” are pointless because the person has already made the decision in their hearts not to believe.

and I do not find it compelling.

1. idc
2. u have an anime avatar
3. the truth is never compelling

You are ultimately just a heretic in the plainest sense.

If the Towerl of Babel existed, it is unlikely to have been much greater in size than this (and it may have been smaller):

This is not provable.