The information I’m sharing is from an ex-gangstalker / whistleblower, Bryan Kofron.

–This technology is at least 100 years ahead of its time

–This technology goes beyond voice to skull (V2K) and mind-reading, but can also manipulate your emotion, your moods + behaviors (Hive Mind and Social Engineering)

–This technology was originally developed for the military to create pretty much “super soldiers,” to get an edge over their enemies. 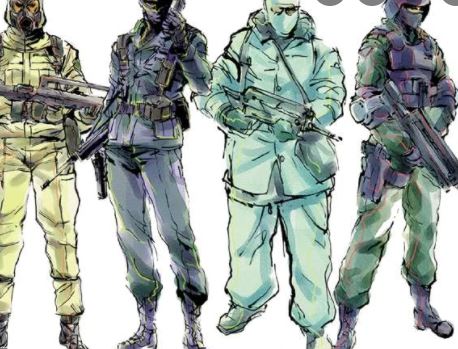 –This technology is held by those in power, and has spilled over from the military to the general U.S population

–This technology is being experimented on U.S citizens every day, but it is being highly abused, often in disgusting ways

–This technology is also being used on the “gang stalkers” so that they can: say the right thing, be cold-blooded with no sympathy, destroy the lives of their targets efficiently, etc

–Currently there are no laws in protecting U.S citizens from experimentation from the federal government

–There are gangstalkers that are starting to speak out and become whistle blowers as well
In short, nobody should be given the power to have access to this technology.

It is too dangerous. It is too horrible.

The potential for abuse is too great.

Once something like this has been fully let out into the mainstream, there is no going back.

Unfortunately, this technology has been covertly used, but not in the hands of responsible wise-old souls (and proven) who deserve this power.

Actually, these people are opposite.

People with no dignity, no respect for their fellow human beings.

They are juvenile. They are immature.

And they are completely out of control.

There is a general jovial attitude among those in charge of this technology,

Laughing at their targets mercilessly,

Using the most sensitive and powerful technology in the world

TO MAKE A GAME out of people’s lives, all across America.

It is infuriating. It is highly illegal.

And it must be stopped.

What these people have done is they turned this technology into a video game; and that is EXACTLY how they approach it, attempting to control all of civilization and people on an individual level.

This program is also being used on the gangstalkers themselves,

On people who are co-conspirators and complicit in carrying out these crimes.

The reason is to assist them in carrying out their gangstalking duties:

–to say the right thing
–to not sympathize / empathize with target
–to control the emotions of gangstalkers, steady their nerves, so they can operate as a cool, cold-hearted mercenary assassin. And this is the EXACT demeanor they rock when they are messing with people like me.

Don’t be the scoffing fat dude in the movies.

Jesus is the only way to life. These short-terms powers AREN’T worth it.