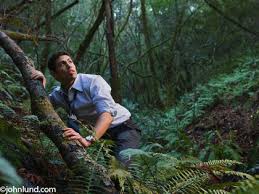 This guide is for those left behind during the tribulation. (I hope nobody will have to resort to this guide)

So how can a person without the mark survive and still buy and sell? Again, this will almost be impossible, but there will be people who are part of the anti-christ’s regime who don’t believe in the anti-christ; they are just “survivors” who pick the “winner” and seek to profit from that relationship. Therefore, save up for yourself gold; gold has always had value as money and always will, even in a cashless society. Identify one of these profiteers and seek to purchase food and living supplies from him. However, don’t ever disclose to him how much gold you have and where it is. You want to be more valuable to him as a dealer than as a bounty. By the way, you will have a price on your head for not taking the mark. Obviously you won’t be living an open life, as you will be in hiding somewhere at a remote location or in the forest on the outskirts of a large city. Your only goal will be to eat to live and hope to escape the militia hunting for you and those like you. Should you get caught, your fate will be either death or slavery.

If you receive this manual before the rapture and plan to be around after the rapture, then start storing up food and living supplies and put them into hiding in some remote and difficult to access area. You should include weaponry to defend yourself and medical supplies as part of your living supplies.

This era will be the most violent of times in the history of the world. Death, brutality and destruction will be part of everyday life. One of the defining characteristics of the last days following the rapture will be a lack of peace. There will be civil wars throughout the world: people will kill one another indiscriminately. Random acts of violence will fill people with fear. Car-jackings, home invasions, drive by shootings, and bombings will all increase with an intensity that will leave people with absolutely no sense of security.

In order to survive this time, you will need to remove yourself from society and live in a remote area that is difficult to access. Getting together with a group of like-minded people would provide additional support and safety.

As mentioned earlier, stock up on food, medicines, living supplies, weaponry and gold. You will need enough for 7 years. Don’t plan on being able to supplement your food with hunting and fishing because the stocks of wild animals and fish will have been depleted and destroyed by the 3 1/2 year worldwide drought and three successive meteor-like or comet-like objects that strike the earth sometime after the rapture. The 3 1/2 year drought is brought on by the two witnesses. The first object from outer space to strike the earth will destroy 1/3 of all trees and all the green grass on earth. The second object, more like a meteor, strikes the sea and destroys 1/3 of all sea creatures and 1/3 of all shipping. The third object turns 1/3 of all fresh water poisonous and kills many people. Needless to say, all of this will also seriously deplete the food supplies for the world’s population, causing food prices to skyrocket. Those people in the world who never before missed a meal or worried about food will become very familiar with hunger pangs and the feeling of going without food for long periods of time. This will be one of the causes of the increased violence as people become more self centered, short-tempered, and competitive for the food sources in short supply. As Jesus spoke to His disciples about these days, He said, “people will betray one another and hate one another…the love of many will grow cold.”

Prior to the rapture, the world experienced an increase in health-related catastrophes, an increase in new infectious diseases and an increase in the return of diseases thought to have been eradicated or brought under control. The past few decades have brought on AIDS, EBOLA virus, flesh-eating bacteria, the return of tuberculosis, incurable gonorrhea, herpes and many other virtually incurable sexually transmitted diseases. After the rapture, things do not get better, as one quarter of the world’s population will die as the result of wars, famine and plague. Sometime after the two witnesses are murdered and after people are required to take the mark on the right hand or forehead, there will be a terrible plague causing a loathsome and malignant ulcer on the bodies of those who have taken the mark. This will be a very ugly and very painful sore that will make life miserable for those who have it.

In addition to all this, because of the poor economic situation worldwide and the 3 1/2 year drought that depletes the world’s supply of water, sanitation practices will deteriorate even in what were advanced nations in Europe and North America. With the short supply of water, there won’t be sufficient water for flushing toilets, taking baths, washing clothes and transporting wastewater to treatment facilities. This will result in the increase of typhus, cholera, salmonella and E.coli infections.

Therefore, since you have decided to reject Christ’s offer to join in the rapture, your concern is how to maintain good health in the post rapture era. You must build a supply of multiple vitamins with particular emphasis on anti-oxidants such as C and E and minerals. It will also be necessary to have a supply of disinfectants, particularly one that can be added to water to make it potable.

Above all, do not accept the mark of the beast on your right hand or forehead. If you do take the mark then nothing can be done for you. You will suffer the malignant ulcer making the rest of your life almost unbearable. Did you ever have a canker sore in your mouth? If so, then you know how painful that one little canker sore was. Now think of having canker sores all over your body, on your genitalia, in your mouth. Think how painful and unbearable your life will be. Then follow that misery with eternity in hell. Don’t take that mark.